Tom Stockman is a St. Louis native who’s been obsessed with movies as long as he can recall. Tom is Creative Editor at We Are Movie Geeks (www.wearemoviegeeks.com), St. Louis’ premiere movie news and review site and also writes about movies for The St. Louis Globe Democrat nostalgia newspaper. Tom is the host and programmer of Super-8 Movie Madness the first Tuesday of every month at The Way Out Club which is, we’re pretty sure, this country’s only monthly festival of movies screened in condensed form in the super-8 sound film format, a long dead medium Tom is desperately trying to bring back to life. Tom hosts the Reel Late Midnight Movie series at the Tivoli where he asks movie trivia and hands out cool movie swag. In 2011 Tom was the Event Director of Vincentennial, the Vincent Price 100th Birthday Celebration, a Cinema St. Louis event featuring film fests, publications, lectures, stage productions, and exhibits all honoring the great horror actor and St. Louis native. For his efforts as the driving force behind Vincentennial, Tom was awarded the coveted Rondo Award for Monster Kid of the Year. But it’s Charles Bronson, not Vincent Price, who is Tom’s all-time favorite movie star and Tom is already in the early planning stages of Bronsontennial for 2021!

The pairing of Kevin Hart and Dwayne Johnson creates nice chemistry in CENTRAL INTELLIGENCE. It’s too bad that they’re adrift in a lackluster buddy comedy that starts out well but is a distinct let-down for those expecting more......

Read the rest of my review at We Are Movie Geeks.com HERE

MONEY MONSTER, A BIGGER SPLASH, and More on This Week's WE ARE MOVIE GEEKS Podcast

This week’s episode of our podcast WE ARE MOVIE GEEKS The Show is up! Hear WAMG’s  Jim Batts and Tom Stockman and special guest Lynn Venhaus discuss the weekend box office. We’ll review MONEY MONSTER, A BIGGER SPLASH, and THE MAN WHO KNEW INFINITY. Also, we’ll preview THE NICE GUYS, NEIGHBORS 2 SORORITY RISING, and THE LOBSTER.  Lynn will talk about her adventures at The Tennessee Williams Festival over the weekend and we’ll pay tribute to the late actor William Schallert and Jim will talk about the late comic book artist Darwyn Cooke.

The Tennessee Williams Festival St. Louis This Weekend with A STREETCAR NAMED DESIRE and a "STELLA!" Shouting Contest "I have always depended on the kindness of strangers."

Ahead of its time in how it showed raw and naked sexual and emotional passions on the screen, A STREETCAR NAMED DESIRE made 27 year-old Marlon Brando, who also played the role of Stanley Kowalski on Broadway, an overnight sensation and one of the all-time greats of the silver screen. Blanche Dubois (Viven Leigh) is a Southern belle, one who had every man in the palm of her man. Blanche moves in with her sister Stella (Kim Hunter) and her husband, Stanley (Brando) in a small, grotty New Orleans apartment. Blanche's family owned an estate but lost it and now Blanche has gone to live with her sister, much to the animal-like Stanley's dismay. Stanley hates her, hates her with a passion. Once she arrives, hell breaks loose between Stanley and Stella, who is pregnant. Stanley gets his contacts and finds out some unsavory stuff about Stella. The ending is a real punch in the gut, even when you see it coming. Now you can see A STREETCAR NAMED DESIRE again and again and again when it plays on a continuous loop Friday, May 13 at the Public Media Commons in Grand Center (3653 Olive Street, St. Louis, MO 63108). It’s FREE! 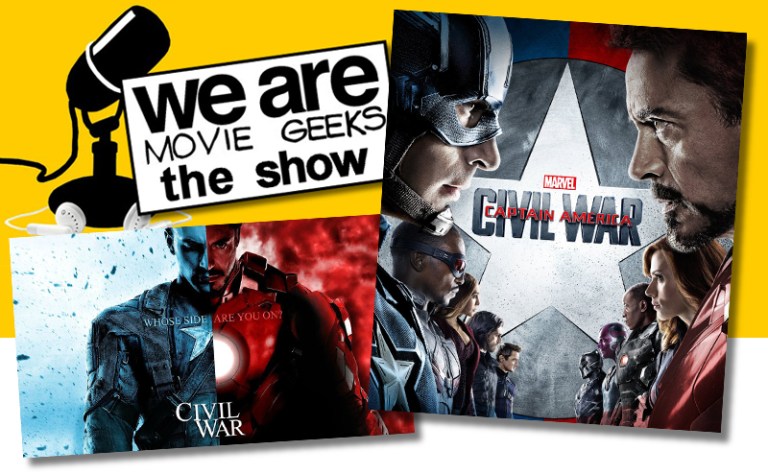 Join us for some old-school 16mm Movie Madness! – It’s our monthly 16MM DOUBLE FEATURE NIGHT at The Way Out Club (2525 Jefferson Avenue in St. Louis) ! Join We Are Movie Geeks‘ Tom Stockman and Roger from “Roger’s Reels’ for a double feature of two complete films projected on 16mm film. The show is Tuesday May 3rd and starts at 8pm. Admission is FREE though we will be setting out a jar to take donations for theNational Children’s Cancer Society.

First up is THE POSEIDON ADVENTURE (1972)

THE POSEIDON ADVENTURE is the breathtaking story of a cruise ship capsized by a tidal wave, the result of an undersea earthquake. At the time of the disaster, many of the ship’s passengers are celebrating New Year’s Eve in the Grand Ballroom of the ocean liner. The film then details the trials of ten survivors as they desperately make their way to the ship’s hull, which is now their only hope for escape, something they must do before the ship sinks to the ocean floor. Along the way, lives are lost, relationships are formed and subplots are as layered as the levels of the Titanic. Our hero, Reverend Scott, played by Gene Hackman, leads this band of stereotypes with an undying spirit; nothing will stand in his way. It’s Hackman’s energy and determination that carries the film and pulls us in. We feel like we’re trying to escape as well, and we’d follow him anywhere. The supporting cast is also quite effective, featuring standout performances from Oscar nominated Shelley Winters as a Jewish grandmother on a journey to see her grandchildren for the first time, Ernest Borgnine as a New York cop recently married to ex-hooker Stella Stevens, and Red Buttons as a lonely haberdasher searching for companionship which he finds in Carol Lynley, a frightened lounge singer. Rounding out the cast of survivors are Pamela Sue Martin and Eric Shea as parent-less siblings, Jack Albertson as Winters’ husband and Roddy McDowall as a steward along for the ride.

SING STREET, THE HUNTSMAN, Jack Nicholson, and More on This Week's WE ARE MOVIE GEEKS Podcast

This week’s episode of our podcast WE ARE MOVIE GEEKS The Show is up! Hear WAMG’s Michelle McCue, Jim Batts and Tom Stockman discuss the weekend box office. We’ll review HUNTSMAN: WINTER’S WAR, SING STREET, and THE INVITATION. We’ll preview MOTHER’S DAY and KEANU, and we’ll wish Jack Nicholson a Happy Birthday and talk about our favorites of his films!

Sappiness overflows in MOTHER’S DAY, an assembly-line rom-com with little on its mind beyond clichés and predictable formula. 81-year old director Garry Marshall, still mining the calendar after the similar NEW YEAR’S EVE and VALENTINE’S DAY, has gathered a bouquet of celebrity movie stars including Julia Roberts, Jennifer Aniston, Jason Sudeikis, and Kate Hudson, and shuffled them into tiresome skits about motherhood gone right and wrong. MOTHER’S DAY is a shallow and sickly-sweet offering best avoided........